In 1902, a priest from St Mary’s Cathedral in Cape Town came to celebrate Holy Mass in a house in Scott Street in Parow.  In 1905 a wood and iron building was erected, which served as a school and a chapel and it was dedicated to St Monica.  It was situated very near to where our church is today and was used to celebrate Mass in Parow until 1929.

Between 1905 and 1922 Parow only had visiting priests.  The Holy Cross Sisters of that time said that the “Tin Chapel” had a full congregation on Sundays numbering between 75 and 100 people.  This was before the Irish Capuchins arrived.

In May 1929, Bishop O’Riley invited the Capuchins to Cape Town and promised that the missionary work would reap a great “harvest of souls”. 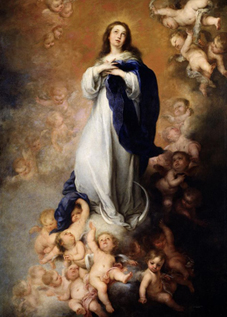 The foundation stone of the new church was laid on 21st July 1935 in a ceremony officiated by Bishop Henneman and on 8th December 1935, the Church of the Immaculate Conception was officially opened.

The presbytery was built in 1948, the parish hall in 1949 and the two side chapels were added in 1954, making it cruciform.  On the 8th December 2003, the church was consecrated by Archbishop Lawrence Henry.

Today, the spirit of Parow thrives through its people.  It is through their efforts that the parish continues to evolve and grow.  The St Pio Centre is a prime example of Parow, working together to better the church so as to better serve the community.  The people of Parow are happy to be part of a community that does so much to help each other and those less fortunate than themselves inside and outside our community.